ENTERTAINING AND EDUCATIONAL- EXCITING EVENTS IN SUSSEX UK - FUN AS WELL AS FACTUAL
DETAILS OF VENUES AT END - SCROLL DOWN TO BOTTOM OF PAGE.
PLEASE CHECK ALL VENUES, FEES, DAYS BEFORE BOOKING.
Details given as accurately as possible, but may change, be postponed or cancelled.
Keep visiting this site for regular updates. 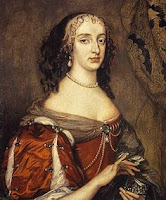 Conflict and Revolution: The Stuart Age 1603-1702
We study themes of population, agriculture, social and domestic life and women’s role in this period which includes Civil War (1642-1651) and Interregnum (1649-1660) when England was in military power under Oliver Cromwell. After the 1688 Glorious Revolution came a time of restoration and rebuilding including Christopher Wren’s St Pauls Cathedral. This interesting, exciting period witnessed foundation of the Bank of England (1694), growth of London, trade and science.
Illustrated with powerpoint slideshows, prints and paintings.
10 weeks Monday 1.30-3.30pm. Start Mon 18 September 2017 (end 27 Nov)
Ref COM142 fee £115 concessions available for those on benefits

Cinema and Society 1896-1960
We study history and experience of cinema-going, exploring how screen reflected society and how much society influenced filmmakers. We discuss origins, cinematic experiments, Hove pioneers, cinemas, stars, directors and cinema staff together with social trends, including cultural and local history, wartime and 1950s second cinema boom and slump. The advent of rock ‘n’ roll meant a new generation of cinema-goers who rolled in the aisles and rocked the cinemas.
Illustrated with film clips and powerpoint slideshows.
10 weeks Tuesday 7-9pm. Start Tue 19 September 2017 (end 5 Dec)
N.B. no class 17 October
Ref COM520 Fee £115 concessions available for those on benefits

The Novel as Social History: 20C Women Writers
Unique course comprising literature, social and cultural history and book club.
Within the pages of the novel we discover more than a story. We study the social and cultural history by exploring background information we are absorbing unwittingly and which is not the main theme, but which gives us a deeper and clearer understanding of period and general minutiae of everyday life.
THIS TERM: 20c women writers include Amber Reeves, E.M Delafield, Elizabeth von Arnim, Nan Shepherd, E.H. Young, Dorothy Whipple, Marghanita Laski, Elizabeth Jane Howard, Elizabeth Jenkins and Barbara Pym. Full reading list available from tutor when you have enrolled and you are expected to participate in group discussion.
5 weeks fortnightly Saturday 11am-1pm starting 23 September (end 18 Nov)
Ref COM076 Fee £60

Life changes after the First World War – high living for the wealthy declined with lack of servants, but cultural life took on a particular aspect reflected in architecture, design, fashion, music, literature, cinema and distinctive style of Art Deco and Modernism.  Further changes altered everyday living and perceptions, especially how women viewed their role, although little was being done to change their status even though they had contributed so greatly to the war effort and workforce. Pioneers, such as Marie Stopes with her birth control methods aimed at freeing women from the continual cycle of child-bearing, and others, such as Amy Johnson, took on exciting challenges.
Various events had an impact on people’s lives, including the launch of Penguin paperbacks in 1935, and Gollancz’s Left Book Club in 1937, which enabled the working-class to purchase books cheaply, thus opening up a whole new world to them; as did cinema-going which reached its height of popularity in the 1930’s and influenced the way people lived, including how they dressed and spoke. It was also educational and informative, as well as an escape from the drudgery of everyday life.
6 weeks Monday 10.15am-12.15pm start 9 October

Looking at Art as Social History: Victorian Narrative Painting
Victorian narrative painting opens up our view of art, enabling us to see and enjoy it in a totally different way. Full of symbolism, it exposes features we hardly notice - informing us about the period and its massive social and cultural changes. Artists were painting domestic scenes and 'real life' and were not afraid of controversial subjects which might shock.
We look at paintings, drawings, fashion plates, cartoons and advertising posters and all is illustrated with many powerpoint slides.
Saturday 14 October 2017 11am-3pm
Ref COM522 Fee £25
A Sussex Christmas: customs, myths and legends of winter in the festive season
We study origins, meanings and significance of fascinating winter and Christmas customs from Pagan to mid-twentieth century; learn how traditions evolved, discover who Saint Nicholas was, the godforms that became Father Christmas and Santa Claus, and discover some of the myths and legends surrounding Christmas in Sussex from Winchelsea to Rye. We discover lots of interesting and entertaining information including reminiscences of a family Christmas in a tiny cottage in Rottingdean.
Illustrated with powerpoint slidesows, books and documentary.
Saturday 25 November 2017 11am-3pm
Ref COM521 Fee £25


BRIGHTON METROPOLITAN COLLEGE (City College)
AT PRESTON MANOR – Unique venue
This historic house, at the end of Preston Park, decorated in Edwardian style and with rooms on four floors, is a delightfully unique and hugely atmospheric setting for studying. The tutor is also a house guide and lecturer.

The Edwardians (1900-1910)
We study the short ‘Golden Age’ before ‘the black pit of war’ (J.B. Priestley’s description) that was to change the idyll of elegant living for the wealthy socialising on a grand scale, but was also a tarnished age for the poor living in slums. We compare domestic, social and cultural life, including how paintings and literature depicted society. Includes house tours above and below stairs.
Illustrated with powerpoint slideshows, books, prints, paintings and texts.
8 weeks Tuesday 1-3pm Mon 03 October 2017 (end 28 Nov)

Surrenden Road, Brighton
(bus no. 5b stops outside)
An Edwardian Christmas
A delightfully nostalgic exploration of Christmas customs and traditions. We study how wealthy Edwardian families enjoyed an elegant festive season packed with many of the traditions we still enjoy today, such as cards, gifts, games, greenery, decorations, tree and roast dinner with delightful desserts followed by games. We compare this with the meagre but special Christmas for the poor and for which families saved to enjoy festive food and tiny treats and toys for the children.
Saturday 2 December 11am-2pm Fee £25

Eighteenth-Century England from Anne to George II (1702-1760)
We study morals, manners, fashions and foibles of the period and contrast culture, industry, the Enlightenment and literature with a world of gambling, vice, drunkenness, thieves and rascals - of all classes. We discuss innovations and changes leading up to modernization, including advances in agriculture, new styles of architecture, gardens, grounds and public buildings, and look at social and domestic life. A fascinating period which includes flight and computers.
Illustrated with powerpoint slideshows, books, prints, paintings and texts.
Monday 10 weeks 1.30-3.30pm start 15 January
Ref COM265 Fee £115 concessions available for those on benefits

Making Waves: the development of Brighton – a unique resort
We study Brighton’s history, discussing possible explanations for its rise in popularity, fame, infamy, and unique development; considering why a poor fishing town should have developed into something more than just a seaside resort. We focus on aspects that have made Brighton an unusual resort, including its ‘racy’ image and interwar razor gangs. Other topics include poverty and slum housing and how rapid expansion causes problems as well as prosperity.
Illustrated with maps, powerpoint slideshows, prints, paintings and texts.
Tuesday 10 weeks 7-9pm start 16 January
Ref COM451 Fee £115 concessions available for those on benefits

SPRING Saturday course:
The Novel as Social History: Comparing 20th Century Male and Female Novelists
Unique course comprising social and cultural history and book club
Within the pages of the novel we discover more than a story. We study the social and cultural history by exploring background information we are absorbing unwittingly and which is not the main theme, but which gives us a deeper and clearer understanding of period and general minutiae of everyday life.
THIS TERM: novelists include Nevil Shute and Monica Dickens. Full reading list available from tutor: and you are expected to participate in group discussion.
5 Fortnightly Saturdays 11am-1pm start 13 January
Ref COM174 Fee £60

BRIGHTON METROPOLITAN COLLEGE (City College)
AT PRESTON MANOR – Unique venue
This historic house, at the end of Preston Park, decorated in Edwardian style and with rooms on four floors, is a delightfully unique and hugely atmospheric setting for studying. The tutor is also a house guide and lecturer.

In the Shadow of the Century: Life and leisure 1900-1914
We study social conditions, domestic and working life for all classes in town and country; the arts, literature, fashion, travel, leisure, holidays and early cinema. The summer season’s giddy whirl for women of fashion was in sharp contrast to poor wives and mothers trying to keep a decent home and the family fed.  Includes house tours.
Tuesday 8 weeks 1-3pm start 23 January

Death and mourning were part of everyday life in Victorian England. Death played an intricate and symbolic role. Mourning was filled with ritual and lasted a long time - two years for a widow - and spawned much industry in the way of clothing, jewellery, teapots, stationery and everything associated with undertaking.
Illustrated with powerpoint slideshows – plus a rare opportunity to view short b&w film “Dido’s Lament: Victorian Rituals of Death and Mourning”, screened 2014.
Saturday 03 February 11am-3pm
Ref COM523  Fee £25

Surrenden Road, Brighton
(bus no. 5b stops outside)
"Beautiful and Useful" - Victorian Arts & Crafts
A reaction to mass production, the Arts and Crafts Movement was a group of craftsmen, artists, designers and architects who aimed to raise the status of the applied arts (useful) to that of the fine arts (aesthetically significant).  It was largely inspired by William Morris, whose firm produced hand-made textiles, books, wallpapers and furniture. The idea was to return to the use of natural materials and make individual items. The style was full of colour, as were the paintings - mainly narrative, full of symbolic meanings, especially the Pre-Raphaelites.
Lots of fabulous illustrations.
Saturday 3 March 11am-2pm Fee £25

Innovation and Experiment: Georgian England 1760-1800
This was a time of enlightenment, literature, the Grand Tour, scientific experiment observance of nature and the arts. Great advances were being made, Industrial Revolution was under way and there were many innovators, inventors and original thinkers who helped mould the period. We look at manufacturing, commerce, trade, shopping and banking, as well as trade in slaves, sugar, tea and tobacco and domestic and social life.
Illustrated with powerpoint slideshows, books, prints, paintings and texts.
Monday 5 weeks 1.30-3.30pm start 16 April
Ref COM091 Fee £60

From Page to Screen: the film of the novel
We study novels and films and view movie clips, followed by analysis and comparison, discussing alterations filmmakers made to screenplays, often changing storylines or removing characters from novels on which they were based and glamorising the whole. E.g. Hitchcock’s film ‘Young and Innocent’, completely differed from the novel ‘A Shilling for Candles’ by Josephine Tey on which it was based.
Illustrated with film clips and books. A list of the novels is available from tutor.
Tuesday 5 weeks 7-9pm start 17 April
Ref COM452 Fee £60

Summer Reading: Books, books and more books!
Unique course comprising literature and social and cultural history.
Books for summer reading - recommendations, discussion, background social history... and novels to read before class. If you like books, literature and social history – this is for you!  A different, unusual, exciting way of reading and learning in a friendly, relaxed group. We also view extracts of two of the novels that were made into films.
A reading list is available from the tutor and you will be expected to participate in group discussion.
Saturday  28 April 10am-4pm
Ref COM449 Fee £25

Summer in the City: exploring Brighton’s unique history
2 classroom sessions & 3 Brighton field trips
We study the fascinating history of Brighton in two classroom sessions giving a brief historical overview and looking at early maps. This will be followed by three field trips, getting to know our unique city, discovering lots of hidden gems and understanding how Brighton evolved from a small Georgian fishing town to the vibrant seaside resort of today.
Be prepared to walk on each field trip for almost two hours, to wear suitable clothing for all weather and to bring water if it is hot.
11am-1pm  start 12 May (end 9 June)
Ref COM081 Fee £60
Posted by Sarah Tobias at 06:30 No comments: